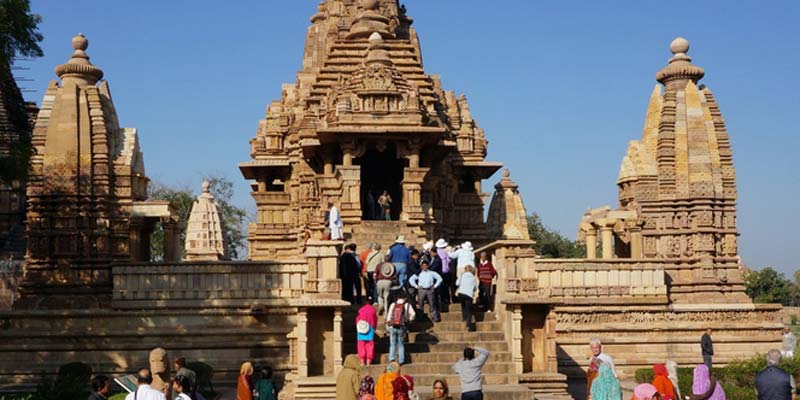 DAY 01:Arrival at Delhi
On arrival meet and assist at the airport and transfer to your prebooked hotel. Delhi : India's capital & a major gateway to the country, contemporary Delhi is a bustling metropolis which successfully combines in its fold the ancient & the modern. Its strategic location was one of the prime reasons why successive dynasties chose it as their seat of power. New Delhi also reflects the legacy the British left behind . The division between New & Old Delhi is the distinction between the capitals of the British & the Moghuls respectively. So, wherever the visitor goes, he will invariably confront the city's past.

DAY 03:Delhi - Jaipur
Afternoon, drive to Jaipur : The city owes its names, foundation and its careful planning to the great warrior - astronomer Maharaja Jai Singh II. In 1727, with Mughal power on the wane, Jai Singh decided to move down from his hillside fortress at nearby Amber to a new site on the plains. He laid out the city, with its surrounding walls and six rectangular blocks, according to the principles of town planning set down in Shilpa Shastra, an ancient Hindu treatise on architecture. Arrive Jaipur and check in at prebooked hotel. Rest of the Day free for individual activities.

DAY 04:Jaipur
After breakfast, excursion to Amber Fort : At a distance of 11 kms from Jaipur, Amber was the ancient capital of Jaipur state. Construction of the fort began in 1592 by Raja Man Singh, the Rajput commander of Akbar's army and is a superb example of Rajput architecture. Elephant ride from the foothills of the Aravallis to the fort entrance Afternoon, city tour of Jaipur. Visit the City Palace which has museum having an extensive collection of art, carpets, enamel ware and weapons; Jantar Mantar - the observatory built my Maharaja Jai Singh in 1728 and the facade of Hawa Mahal.

DAY 05:Jaipur - Fatehpur Sikri - Agra
After breakfast, leave for Agra, enroute visit the abandoned Mughal city of Fatehpur Sikri : built by Emperor Akbar in 1569, was the old capital of the Moghuls, which was abandoned after 15 years due to scarcity of water. See the graceful buildings including the Jama Masjid, Tomb of Salim Chisti, Panch Mahal & other Palaces which are still preserved in its original glory. Continue drive to Agra. Arrive Agra in the afternoon and check-in at prebooked hotel.

DAY 06:Agra
After breakfast, city tour of Agra. Visit Red fort, which was built by Emperor Akbar in 1565, and additions were made up until the time of his grandson, Shah Jahan. It contains the hall of public and private audiences amongst many other beautiful structues; Itmad-ud-daulah, which was contructed by Nur Jahan between 1622 and 1628 and is very similar to the tomb she constructed for her husband, Jehangir, near Lahore in Pakistan; the highlight of the Day - The Taj Mahal, which was constructed by Shah Jahan in memory of his wife Mumtaz Mahal. Contruction of the Taj began in 1631 and was not completed until 1653. Afternoon, free for individual activities.

DAY 07:Agra - Jhansi - Orchha - Khajuraho
After breakfast, proceed your journey to khajuraho , enroute visit Orchha : A medieval city founded by Bundela rulers with palaces & temples of the 16th & 17th century - which have remarkably withstood the onslaught of time. The city is picturesquely flanked by the river Betwa. Visit of the surrounding fortress & local Ram Raja temple. Continue drive to Khajuraho, upon arrival, check in at prebooked hotel.

DAY 09:Khajuraho - Varanasi
Aftter breakfast proceed for your journey to Varanasi approx. 8 hrs. drive. In evening check-in to your pre-booked hotel at Varanasi. Evening at leisure and overnight stay.

DAY 10:Varanasi (Kashi)
Varanasi : formerly known as Kashi - the city that illuminates. The religious capital of Hinduism , Varanasi is the oldest living city of India & one of the world's most ancient. The present name is derived from the fact that the city is at the confluence of the rivers Varuna & Asi. After breakfast, excursion to Sarnath - the buried Buddhist city where Buddha preached his first sermon. After attaining enlightenment at Bodh Gaya the Buddha went to Sarnath; and it was here that he preached his first discourse in the deer park to set in motion the 'Wheel of the Dharma'. It is one of the most holy sites as in this place the stream of the Buddha's teaching first flowed. Sarnath was a renowned school of learning from 16th century BC to 12th century AD. Visit the ruins, the stupa, the Buddhist temple & the museum (closed on FriDays). At the museum is the Ashok Pillar with its four guardian lions, used as independent India's national emblem.

DAY 11:Varanasi
Early morning, leave for boat ride on the Ganges to see the bathing Ghats (river bank) & cremation site. Sunrise on the riverfront, as seen from a boat, can be a spiritually uplifting sight. The life on the Ghats bound in an endless string of rituals, ever-changing aspects of the river & the wide landscape across have fascinated visitors from all over the world. Return to hotel for breakfast. After breakfast, city tour of Varanasi - Visit the Bharat Mata temple with a big relief map of India in Marble, Durga temple, Tulsi Manas Mandir, Benaras Hindu University which has an art gallery & the mosque of Moghul Emperor Aurangzeb. Afternoon, excursion to Ramnagar. Return by boat in the evening, enroute witness the religious ceremonies along the banks of river Ganges.

DAY 12:Varanasi - Delhi (Flight)
Morning, free for individual activities. Afternoon, transfer to the airport to board flight scheduled to depart to Delhi for your onwards journey according to your choice.