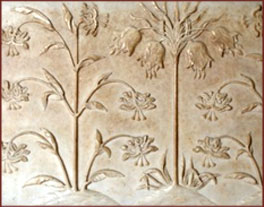 Planning a visit to the Taj Mahal? If you don't know already, there may be a few questions running through your mind like who built the Taj, why was it built, when's the best time to visit, the timings, the fee and a whole lot of stuff that you'd want to know before you pay a visit to the Taj. Don't worry at all, as this section on "Taj Mahal facts" will provide you with a few fast facts to up your knowledge along with the basic queries that you want to be answered as soon as possible. Read on to get some quick information about Taj Mahal and Agra. And once read, don't waste time. Just pack your bags, book your tickets and pay a visit to the world's most spectacular monument that epitomizes love at par.