Information for visitors arriving at Indian airports from abroad. 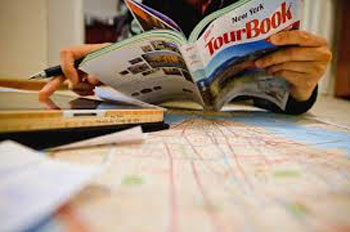 The majority of foreign tourists arrive in India by air. The majority of tourists traveling to India land in New Delhi. English is spoken by almost all government officials present at Indian airports. If you speak the English language, then you should have no communication problems at the airport.

I have found that India is one country, where they sometimes x-ray luggage of arriving passengers. If this happens to you, do not be alarmed. Luggage carts are available at the airport free of charge. On some occasions there are no carts available due to the volume of passengers in the terminal. However if you wait for a short time, carts are periodically brought in from outside.

I have heard of some people trying to offer carts to tourists for a tip. Carts are provided free by the airport authority of India and there is no need to pay someone for getting you a cart. In fact some workers are actually hired by the authorities to help passengers who may need assistance removing their luggage from conveyor belts and loading their luggage on the carts.

The Red route is used if the passenger has dutiable items to declare at customs, where as the Green route is to be used if the passenger has no items that would require customs duty is to be paid. In case you find your self in a situation where something you brought along for your own use and are asked to pay customs duty on the item. You should advise the customs officer that the item will leave with you when you depart In such cases the normal procedure is for the customs officer to make an entry on your passport to insure that the item is taken back when you leave. This way you need not pay duty on goods that you have taken for your own use.

Taxi Service at Indian Airports - Prepaid Taxi Indian Airports: On arrival do not go out of the airport and hire a taxi. Go to the prepaid taxi booth at the airport. After arriving at the Indira Gandhi Airport in Delhi. As soon as you go out from the airport (gate number 2) you will see the PRE PAID TAXI sign with an arrow pointing to the pre-paid taxi office.

When taking a prepaid taxi from the airport there is also a paper trail of where the taxi driver is taking the passenger and this information is recorded by the police as the taxi leaves the airport. This is a safety measure for passengers traveling by prepaid taxis.

Having paid the fare at the airport also ensures that there is no haggling over the price with the taxi driver and not having to convert currency when you reach your destination.

The better class hotels provide airport pickup as an option when making reservations. The charge for hotel pick up is usually 500 to 600 Rupees depending on the car used. This charge includes a 4 hour wait at the airport for the passenger. In case more time is required due to late arrivals etc there is an additional per hour charge of approximately Rupees 100 per hour. Having a hotel car pick you up is the best and safest option as from experience I have found that most international flights arrive in India late at night.

After clearing immigration you will enter the arrival area where your bags are brought out. Expect a delay here usually as India is for some reason the only place I have seen where incoming bags that have been through security before loading on planes are sometimes x-rayed before being sent to the terminal for passengers to pickup. After picking up your bags as you go out from the terminal. If you have chosen to go out from the green channel there is a chance you may be flagged for a random customs check. If you do have items to declare, use the Red channel exit.