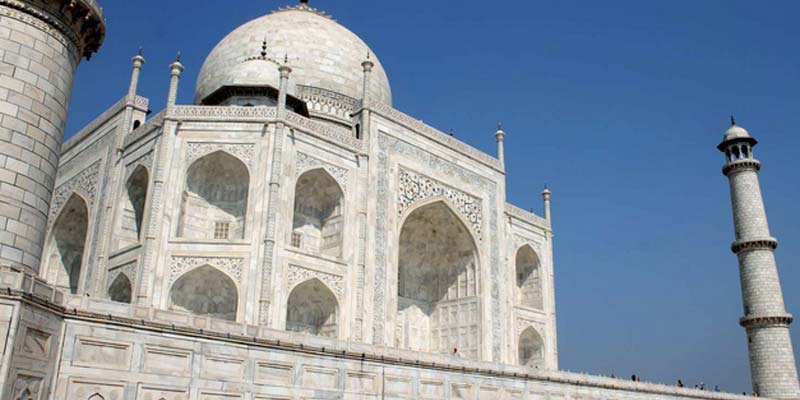 06:00 hrsDelhi to Agra
Pick up from hotel & proceed to Agra by Car.
This early morning our driver will pick you up and you will proceed to Agra. Midway you will stop for refreshment. Around 9:30 hrs you will reach Agra City and will be taken straight to Taj Mahal. The Mughal City Agra is most famous for the Taj Mahal, one of the seven wonders of the world.

09:30 hrsVisit Taj Mahal
Around 09:30am (approx) you will reach the Taj Mahal. The Taj Mahal, an essential sight for all visitors to India is one of the most achingly beautiful architectural achievements in the world, and is considered to be a symbol of enduring love. Shrouded in white marble the sheer elegance, purity and sentiment that are an integral part of the monument have touched the hearts of people from all corners of the world. One of the seven wonders of the world and a world heritage site was built by Mughal Emperor Shah Jahan in loving memory of his beloved wife Mumtaz Mahal who died while giving birth to their fourteenth child. Built in pure white marble Taj Mahal is located along the banks of the River Yamuna, the Taj spreads across almost 42 acres of land and it is believed that this particular spot was chosen by the emperor because of its peaceful and soothing effect. One of the seven wonders of the world, it stands as a tribute to undying love and all who visit it stand awed at the first impression created by this marvel in white marble.

16:00 hrsArrive Delhi pick up & drop to your hotel/airport
On arrival at Delhi you will be dropped at your hotel or airport for your onward journey.